To promote community empowerment, leadership development, self-reliance and health promotion for the greater refugee/immigrant community in the State of Washington. 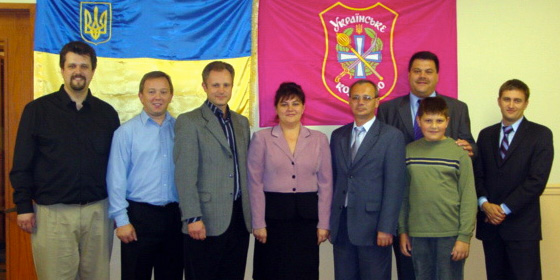 In 1992, three volunteers residing in Washington State who became fluent in English and learned how to navigate the health and human service systems began providing interpretation services for individuals in the Ukrainian community and assisting families with applications for public benefit programs (e.g. AFDC/TANF, housing, Medicaid and SSI). During that year, the volunteers assisted about 40 individuals.

Since 1998 the Ukrainian Community Center of Washington (UCCW), located in Seattle, Washington, has been helping Eastern European refugees and immigrants predominantly from the former Soviet Union overcome language, cultural, educational and social barriers. We have greatly expanded and provide many programs and services such as: early learning program, youth after school programs, family support, senior services, immigration services, behavioral health services, and many other programs.

Our purpose is not only to assist and educate the Ukrainian/Russian community but to provide them with a sense of unity and well-being, and by doing so we help them avoid negative influences such as drugs, alcohol, and gang-related activities. In total we have six bilingual staff members, and many volunteers who all speak Russian, Ukrainian or Polish.